Overcoming Failure Is Not An Option. It’s a Necessity.

I have. Plenty of times. I spent the first 18 years of my life trying to become salutatorian. I failed.

After college, I got fired from my first ministry job.

There’s a whole list of failures that you could write underneath my name.

I used to beat myself up every single time I failed. I believed that success and failure were all defined externally… and I used those external definitions of whether I succeeded or failed to determine if I had internal value and worth.

I believed failure was a bad thing, and it meant that I was bad.

But here’s the real truth about failure…

Failure means you haven’t given up on yourself, your life, or your business. 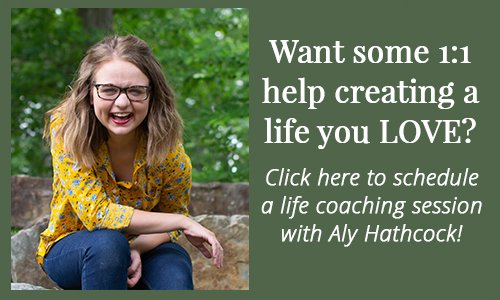 Failure means you actually believe your life is worth LIVING.

Failure means you’re not afraid of change and transformation.

Failure means you took a risk.

Failure means you have vision for your life and you’re working towards it.

Failure means you’re growing into the next best version of yourself.

The reality is that a lot of people won’t ever fail hard. Why? Because they never did something that required risk. They just jumped on autopilot and did what everyone else was doing, never intentionally creating a life they loved.

Friends, failure is just a springboard to success. If you believe that, you can grow from and overcome any obstacle or failure to create the life you always dreamed about.

“It is not the critic who counts; not the man who points out how the strong man stumbles, or where the doer of deeds could have done them better. The credit belongs to the man who is actually in the arena, whose face is marred by dust and sweat and blood; who strives valiantly; who errs, who comes short again and again, because there is no effort without error and shortcoming; but who does actually strive to do the deeds; who knows great enthusiasms, the great devotions; who spends himself in a worthy cause; who at the best knows in the end the triumph of high achievement, and who at the worst, if he fails, at least fails while daring greatly, so that his place shall never be with those cold and timid souls who neither know victory nor defeat.”