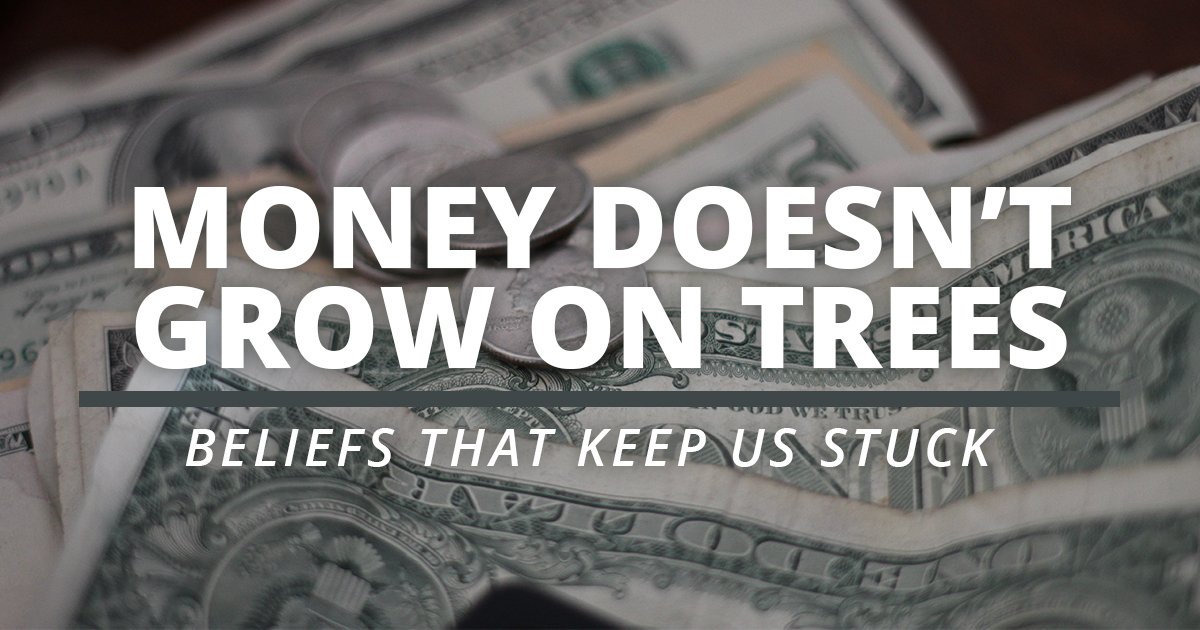 I grew up believing money doesn’t grow on trees.

Well, I have some good news (and some bad) for you.

However, it does come from trees. After all, it is paper.

What I have learned, though, is that this saying is more than just some trite words that remind us to steward money well.

Okay, pause. What the heck is a limiting belief, Aly?

It’s a belief that … well… limits you. It keeps you stuck.

Let’s walk through what this belief actually implies and affects our brains and ultimately, our lives…

There is a limited amount of money. There’s only so much of it, and there isn’t enough for everyone. It’s also difficult to get and requires lots of investment to acquire.

This belief has cost me. In college, I worked 3 jobs on top of taking 18 hours of classes, because I thought you had to work yourself to death in order to get money to survive. As a result, I missed friend hangouts, dinners, and more because I was working. It also meant that when I wasn’t working, I wouldn’t go out with friends for lunch because I wasn’t sure if there would be enough money.

It also bled into the belief that I didn’t trust that God (or anyone else) would actually provide for me, meaning that I felt that living – or surviving – was all on me… which then perpetuated the lie that the world was on my shoulders and that’s a burden nobody should carry.

How it affects our brains…

First of all, when we have a subconscious belief, our reticular activating system (RAS) starts looking for evidence to prove this belief true. This reinforces the belief further. 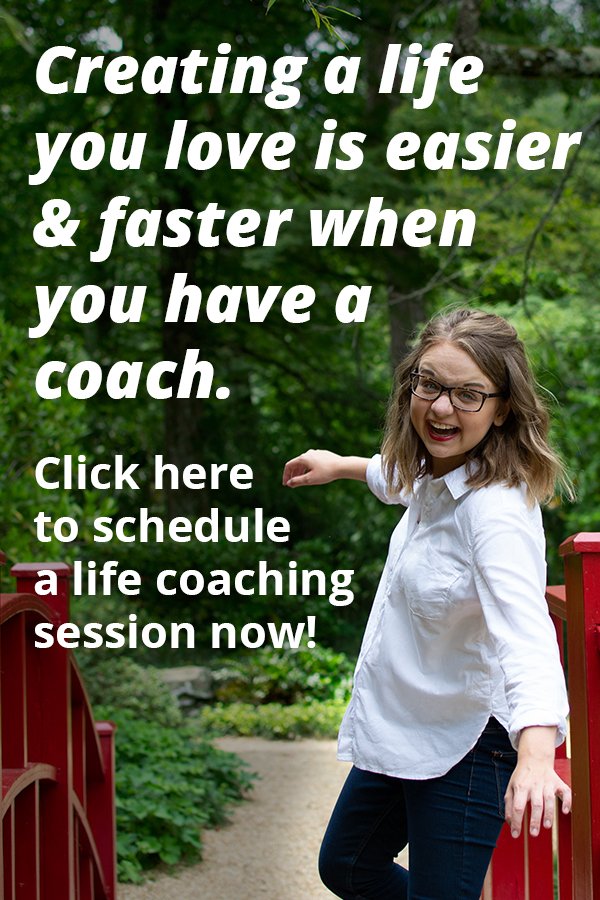 The idea that there is not enough for everyone perpetuates the idea of scarcity and we start living in scarcity mentality.

This throws us into survival mode, also known as fight-or-flight. When we are in fight-or-flight, we use less of our prefrontal cortex. This means that it is harder for us to make logical, rational decisions – meaning we are more likely to make more bad decisions around money. Our RAS sees this bad decision and it further reinforces the belief that money doesn’t go on trees.

And around and around we go, cycling and spiraling deeper into the scarcity mentality that money doesn’t grow on trees.

How to get rid of your limiting belief…

Belief systems that we’ve had since childhood are not easy to change. This is because the longer we live with a belief, the more momentum it gains as it is “proven” over and over again by our RAS.

However, with intentionality and time, limiting beliefs can absolutely change.

First, you have to do what Drew McClure said – ya gotta catch the tiger by its tail. When you can feel the belief running through your head, GRAB IT. Catch it. At first, it may take you a while to recognize the belief. That’s okay. You’ll learn to catch it faster.

Once you catch the belief, tell it “NO.”

Then, choose a different belief. (Example: There is an abundance of money available.)

The goal is to slow the momentum of the limiting belief, create a new empowering belief, and give that new belief momentum.

How do you give the empowering belief momentum? Start looking for evidence to prove it true!

One of the things I do is that every time I see a penny, I say to myself, “There is an abundance of money, and it is attracted to me.”

Slowly, I’m working to rewire my brain. Eventually, every time I’m working with money – whether it’s with contract negotiations or handling my personal budget – my brain pathway to an abundance mindset is stronger than the pathway to a scarcity mindset.